Instructors Allen and Mary Polkowski have touched the hearts and minds of countless individuals and organizations in their tireless efforts to teach, guide, and inform men, women and children of all backgrounds in improving their understanding and awareness of personal safety.

Training vs. Practice: There is a Difference

It has been said that when one is given no time to think, they will react as they have been trained. Being a long-time trainer and police officer, I have seen this come true frequently over the years. As a competitor and student in the use of force I have witnessed it both while studying videos and live in person. I’ve seen officers holster an empty pistol to reload a magazine and competitors put pistols down on a table before reloading. When time was of the essence, I’ve seen officers and competitors remove magazines from guns to place them on tables, in pockets or ease them to the ground.

These habits are formed by practice. Practice of skills that have no place in action shooting or defense of life. Most are caused either by a lack of training, training with those who don’t know any better or training with instructors that are unwilling to tell a student, “Stop doing that!”

Experience has taught me this because I was always “good enough.” Actually, I was so “good enough” that trainers rarely said anything to me, until the day I asked for more. I was tired of practicing and needed training. This would mean change. I had to be willing to change and suffer the pains of learning new techniques. Like making sausage, it’s never pretty, but worth it in the end.

Watching novice competitors or officers in scenario training, I am reminded of the need to practice within context. Those who come to training and say, “This is how I do it” and are seemingly unwilling to do something new, remind me that if all you do is what you’ve always done, all you will ever have is what you have now.

Training is performed under the watchful eye of a qualified instructor or peer. Practice is the performance of knowledge or skill already attained.

Look back on training you have attended and make an honest assessment as to whether it was training or practice. Did you leave with greater knowledge or just a lighter ammo box? Did the instructor explain, demonstrate and inspire you to practice a new skill or technique or did the instructor pat you on the back and tell you good job?  Did he ever show you how you could do it better or did he just walk off and tell you it was good enough?

When you practice, try to do it with someone who has equal or preferably greater skill than you. Someone who can push you forward and share details that increase their performance or validate what you’re doing. The differences between a good shooter and a great shooter are usually details. Never neglect the fundamentals or attention to the nuances of them.

Training should involve learning something new to make you more accurate, faster, consistent or more economical in your movements. Training drills should increase knowledge and build skills along with decreasing insufficiencies, not just be fun drills to shoot more rounds—unless the goal is to define deficiencies.

Lastly, practice involves repetition with high round counts to create improvement and should include fun drills to test and refine skills.

UPA has been teaching Michigan Certified Concealed Carry Classes for more than 26 years: longer than any other Training Academy in Michigan. Unlike many of our competitors, our courses meet and exceed state requirements not limited to at least 3 hours Firing Range Instruction on a firing range! Mary, Rock Celebrity Ted Nugent and Laingsburg, MI, and were the only Constitutional patriots that regularly visited, lobbied and testified in our State Legislators to successfully get passed the original Concealed Carry Statue PA 381 in 2000.  For more details about this course, please visit our home page.

Handgun, Rifle, and Shotgun beginner to advanced lessons: Group, semi-private or private training available to law enforcement, military, and citizens.  Affectionately known as “Doctors of Gun-ology”, by our clients, which are as varied as shooting enthusiasts can possibly be, often dictate to us what training they require.  Contact us to discuss your or your group’s needs for the best personal defense or recreational shooting needs. Examples are:

Pistol/Revolver Cleaning Class: New handgun? Or just want to keep you firearm in the best functioning condition it needs to be. Bring your handgun unloaded in a case with instruction manual with the proper cleaning kit (available in advance from UPA) for an informative learning experience where you get to know the proper way to maintain your firearm for peak performance. 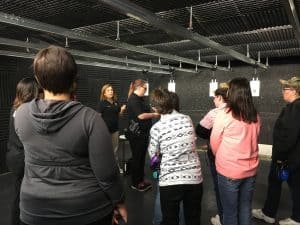 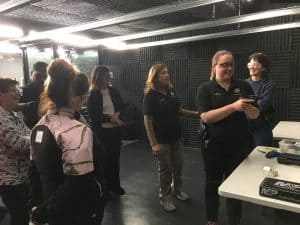 Drawing from the Holster Level One, Two and Three: One- Classroom introduction to equipment, recommendations, fitting of your gun to holster (if available) and convenient ordering of holsters required for next levels. Two- Live Fire range learning and practicing the UPA four step safe and defective drawing method. Three: Live fire range learning and practicing drawing from a variety of concealment garments.

Shooting on Steel  Level One and Two: one- learni about and practice shooting a variety of highest quality steel targets from the shooting stalls with frangible ammunition. Two- same as above except shooting down range at a close range including competitive exercises.

Low – Light Course: 85% of officer involved shootings and violent attacks to civilians occur in reduced light or no light conditions. Are you truly prepared to protect yourself and your family? Our advanced tactical range has the ability to adjust lighting to a variety of levels to simulate ‘Reality Based’ training.

Guest Celebrity Instructors: In 2005, 5, 6 and twice in 2010; FBI-DEA-A.T.-D.T.I. , Air Marshal and Sig Arms Academy Director of Training honored us with advanced training courses. We have several Guest Instructors who continue to teach at Police Academies, Law Enforcement Seminars around the nation and to many institutions. Rave Reviews… you don’t want to miss!  Schedule To Be Announced…

Force on Force Training Area with non-lethal ammunition and standard weapons: Our decision making, environmental training area is for the most advanced defender who desires to be challenged at the highest level of decision making skills in a dynamic situational course simulating active response to possible deadly force scenarios. Projected completion- Summer 2018.

Level One and Level Two: Including but not limited to: parts, accessories, functions, disassembly, cleaning, reassembly.  Level Two is live fire range to sight properly and safely load, fire, unload and sight-in your weapon.

Shotgun Basics: On range training of how to load, fire and unload your weapon safely and effectively. Limited to slugs only.

This Expert Explains the ‘Importance of Training” for responsible Citizens!

“Recently, our little town was shaken by a particularly vicious murder. It was some 30 hours before the suspect was found, deceased, from a self-inflicted gunshot wound. What was even more shocking was watching and listening to people trying to figure out what to do to protect themselves and their families while the manhunt was going on. It was clear that the vast majority had never given any thought to this sort of thing—and really didn’t have a clue as to what to do. Too many people think that they live in a nice town or nice neighborhood, and that sort of thing just doesn’t happen where they live.

Crooks fleeing from law enforcement are either looking for a place to hide or a means to get away. They really are not concerned about the quality of life or the economic status of the location they hope will make them safe from arrest. Regardless of where a person lives or their station in life, they may well have to deal with the potential for extreme violence in their neighborhood. Probably the worst mistake an armed citizen can make is to assume the police need your help in hunting down the suspect(s).

Any good police agency will already have a plan in place for manhunts, and this doesn’t involve having strangers with guns wandering within their perimeter. In addition to uniformed personnel, the search party may include plainclothes detectives and/or off-duty police officers who have rushed to the scene without getting into uniform. The armed citizen won’t have all the details and simply won’t know the good guys from the bad guys.

The exception to the rule of staying out of the manhunt is when law enforcement specifically asks for help. This might happen on extremely rare occasions, such as in remote areas with limited access. In these cases, it is important that the citizen get critical, specific instructions as to what exactly is being asked of them. And, it is preferable to be in the company of a uniformed officer while assisting in the hunt so the citizen is not mistaken for the suspect. Most importantly, once the task is completed, the citizen then ceases active involvement.

When a manhunt is going on in a person’s neighborhood, the most important thing the citizen can do is to secure family and home. Family comes first. If the crook steals a car or hides in that unlocked storage building while the family is secure it is unfortunate, but no lives have been lost or endangered.

Once the family is accounted for and secure, the home should be locked down. Doors and windows are checked to make sure that they are locked and all outside lights are turned on. And, until the area has been cleared by police, you make do with whatever is in the pantry.

The other common goal of crooks trying to avoid the police is finding a means to get out of the area. This could mean that a carjacking is very possible. Do you resist? Do you let him have the car? Do you have a plan for dealing with such incidents? Just as when dealing with a home invasion, having a personal-defense plan is critical to your survival. The greatest help that citizens can be to law enforcement during a manhunt is to be a good witness. Today, most police agencies have developed ways to communicate with the citizens in their  community, whether by social media or other means. The citizen can get a description of the suspect(s) and keep a lookout for them from the security of their home. Reporting suspicious activity will help bring the manhunt to a successful end.

Years ago, we were looking for some bad guys and had put their description and that of their vehicle out over the police scanners (no social media back then) that just about everyone in town had. We soon got a call that a pickup matching the description had just gone down behind a house and was parked behind a nearby deserted barn. Five minutes later, we had suspects in custody.

When a manhunt is going on in one’s immediate area it is not the time for the armed citizen to try to play hero. Too many bad things can happen, and the police are probably not going to look kindly on that person’s efforts. It could even involve handcuffs and a cold jail cell.

Instead, the smart thing to do is to secure home and family, get as much information as possible and keep a lookout from the security of the home. Having a defense plan to deal with home invasions, car-jackings or hostage takings adds to that security. In short, you do your job and let the police do theirs.”

The best and most ‘affordable’ education for community safety that exists! See www.ccwtraining.com for dates and times.