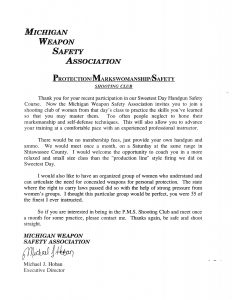 First formed in October of 1995 as a result of National Television Special Broadcast produced by the “Discovery Channel”, featuring Mary Polkowski during the height of the Michigan Concealed Carry Legislation Debate, the show’s producers recruited a group of select markswomen filming on a cold Day in October, 1995, at a mid-Michigan outdoor shooting range with heated firearm discussions/interviews in a large tent. In conjunction with a fellow female shooter and the then executive director of the now defunct “Brass Roots” gun rights organization, an idea was formulated that an all-female shooting club/gun rights group would be paramount in efforts in convincing Michigan legislators the need to pass  ‘Shall-Issue Concealed Carry Weapon Law’ for all law abiding citizens. Mary cleverly created the soon to be Iconic acronym: U.L.T.I.M.A.T.E. (United Ladies Training in Markswomanship and Total Empowerment); in which Mary tirelessly endeavored as Director of Michigan’s first and now, longest lasting gun rights organization, resulting in successfully getting PA 381 passed (MI CPL law); profoundly predating all other Michigan gun rights groups who followed in her footsteps. 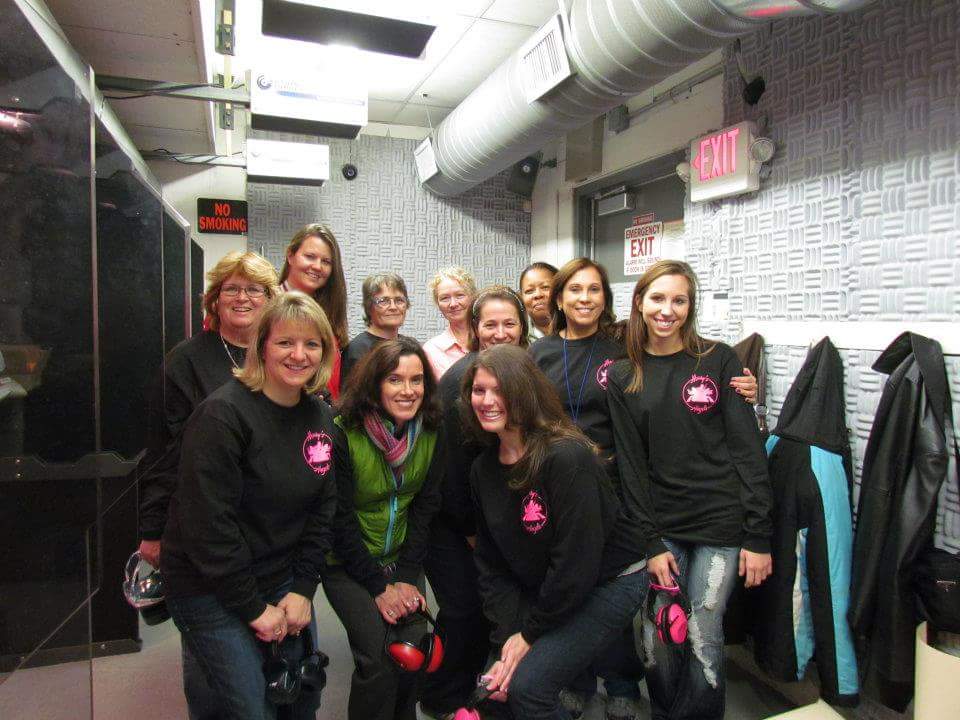 Note:  MCRGO formed in 1996; (their words, not ours), MGO and MI Open Carry, etc., were to follow her path. However, unlike these other groups that followed, and still today twenty-three years later, Mary’s group is the ONLY gun rights group that has never had dues required for membership, sell products or solicit donations. (Even the NRA can’t boast that!) Finally, her gun rights group, the ULTIMATE Ladies Club, was the first Michigan gun rights / shooting group to be featured on local television news special! (See Home Page: Tony Fama Reporting, March, 1996) 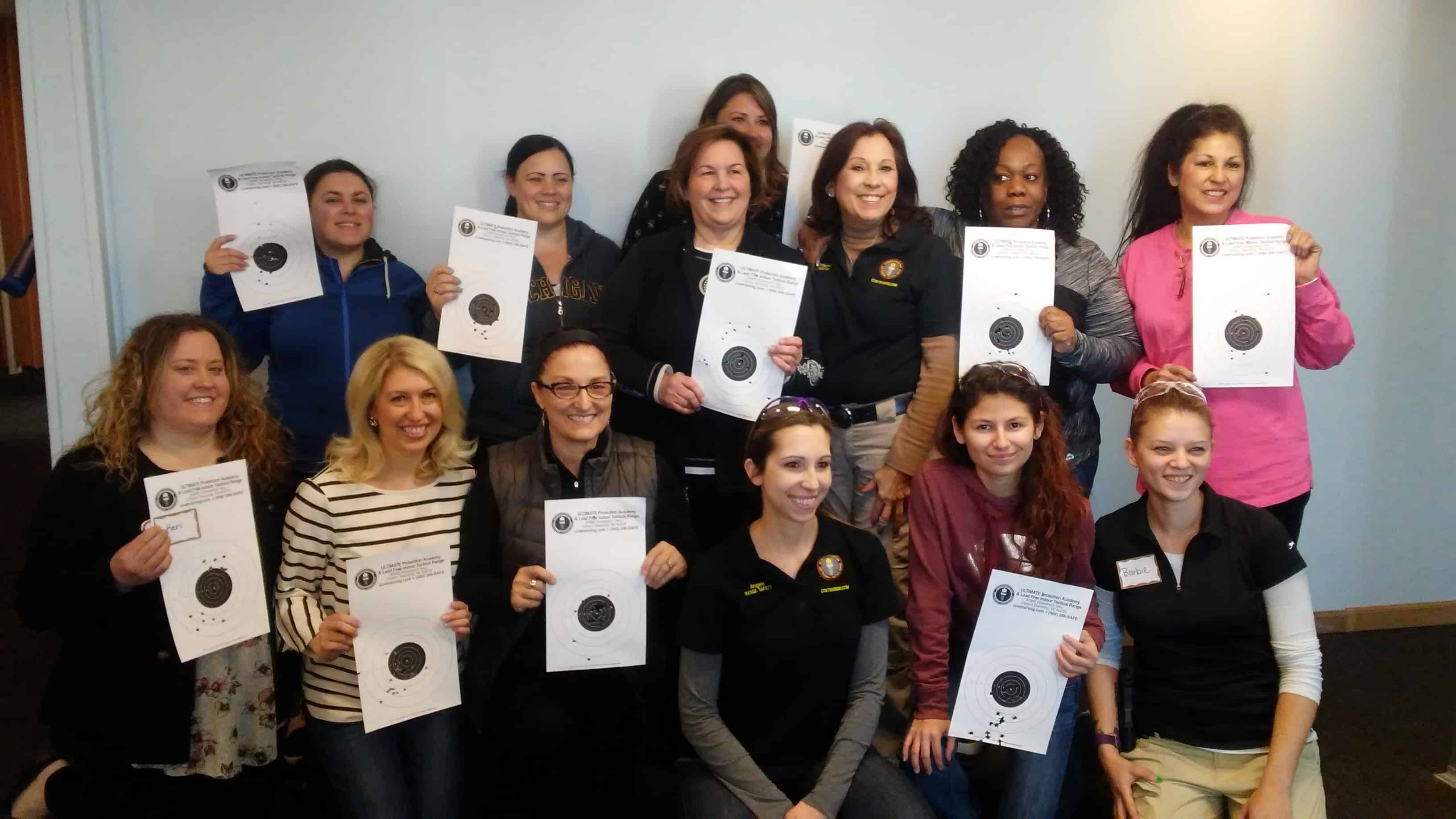 Fast forward to 2018 where “ULTIMATE” has built three indoor shooting ranges to settle on the final location in Clinton Township with a large Firearm/Self Defense Training Academy. Understandably, this resulted in the need to rename the gun rights group to “Mary’s Angels”.   Still going strong as ever, with deep roots in women’s empowerment and effective political influence in constitutional second amendment rights, she continues to lead.    Wouldn’t making it possible for all Michiganders to enjoy freedoms for personal protection with a firearm, including but not limited to: creating an opportunity for concealed carry law to be inexistence while creating an opportunity for new CPL Instructors all over the state to profit from Mary’s controversial efforts to get our state wide concealed carry law passed be important?  Maybe, some day, you think they (these competitors) would be grateful enough to send a ‘Thank –You Greeting Card” to her… (still waiting).

That a prominent county prosecutor stated that most people have more to fear from car-jackers that organized crime? (Macomb County, April 8, 1996)

What is MARY’S Angels?

Mary’s Angels is a club formed for responsible women empowered with the common goal of improving the freedom and quality of their personal lives through “female-friendly” instruction, effective defense strategies and continually enjoyable experiences in firearm sports from a woman’s perspective. Additionally, we politically petition government and law makers to the tactical limitations this gender has available for personal safety and their extreme vulnerability in becoming victims. 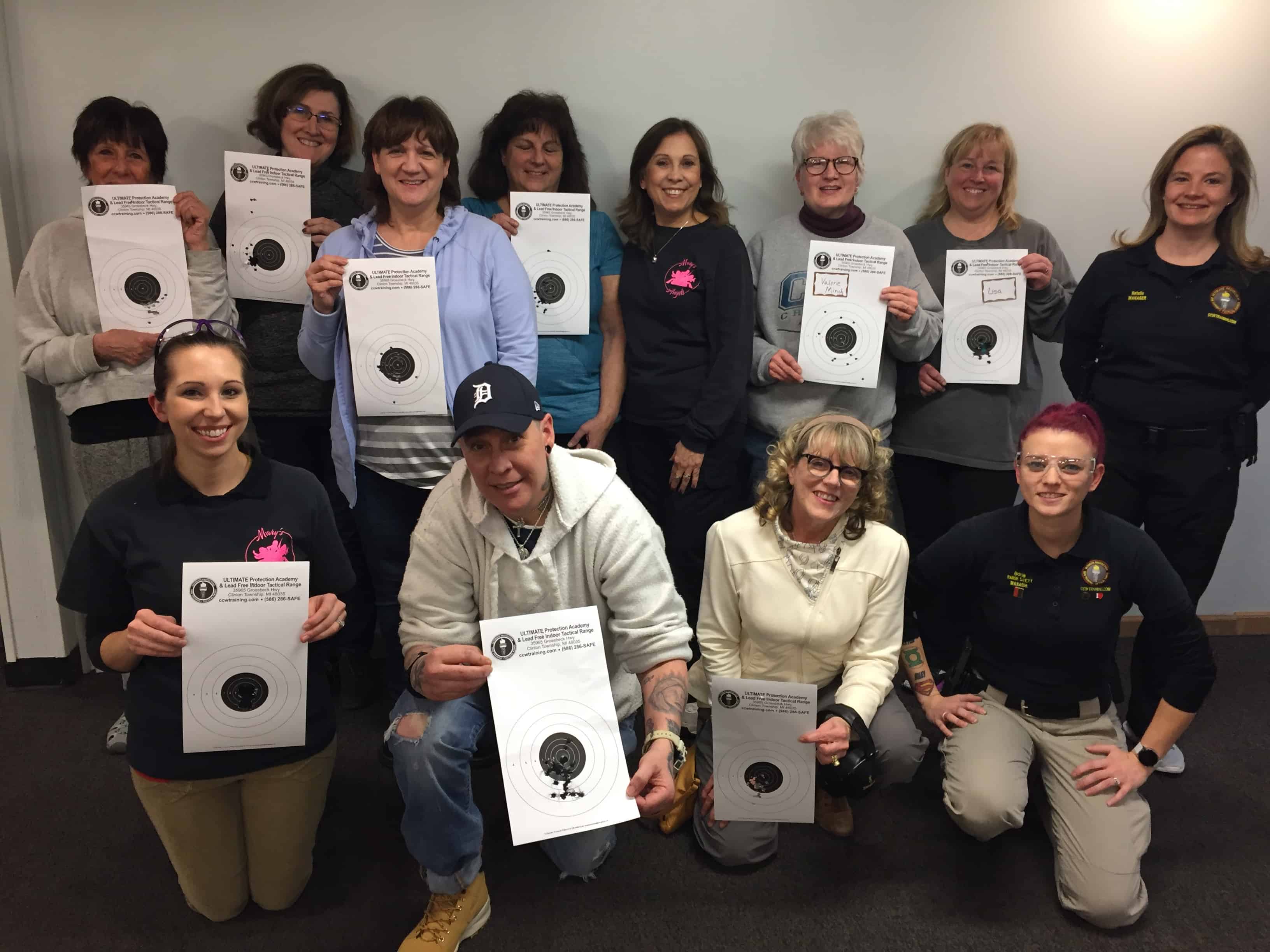 What Will You Learn?

Let’s face it-you’re busy-you don’t have time to think about your personal safety-let alone learn self-defense! In less time than it takes to watch a full length movie, you’ll learn valuable techniques and strategies in “How To Avoid Being A Victim”; “What To Do To Escape a Violent Attack” and “ How To Use the Ultimate Defense Tool: A Handgun”. This training experience is priceless!

This Iconic Woman’s Group has been featured in National and local electronic and print media; with a reputation that is well respected. Membership is free, but by invitation only.  Call or visit us for details: we are looking for perspective women participants and those men who love them as supporters! 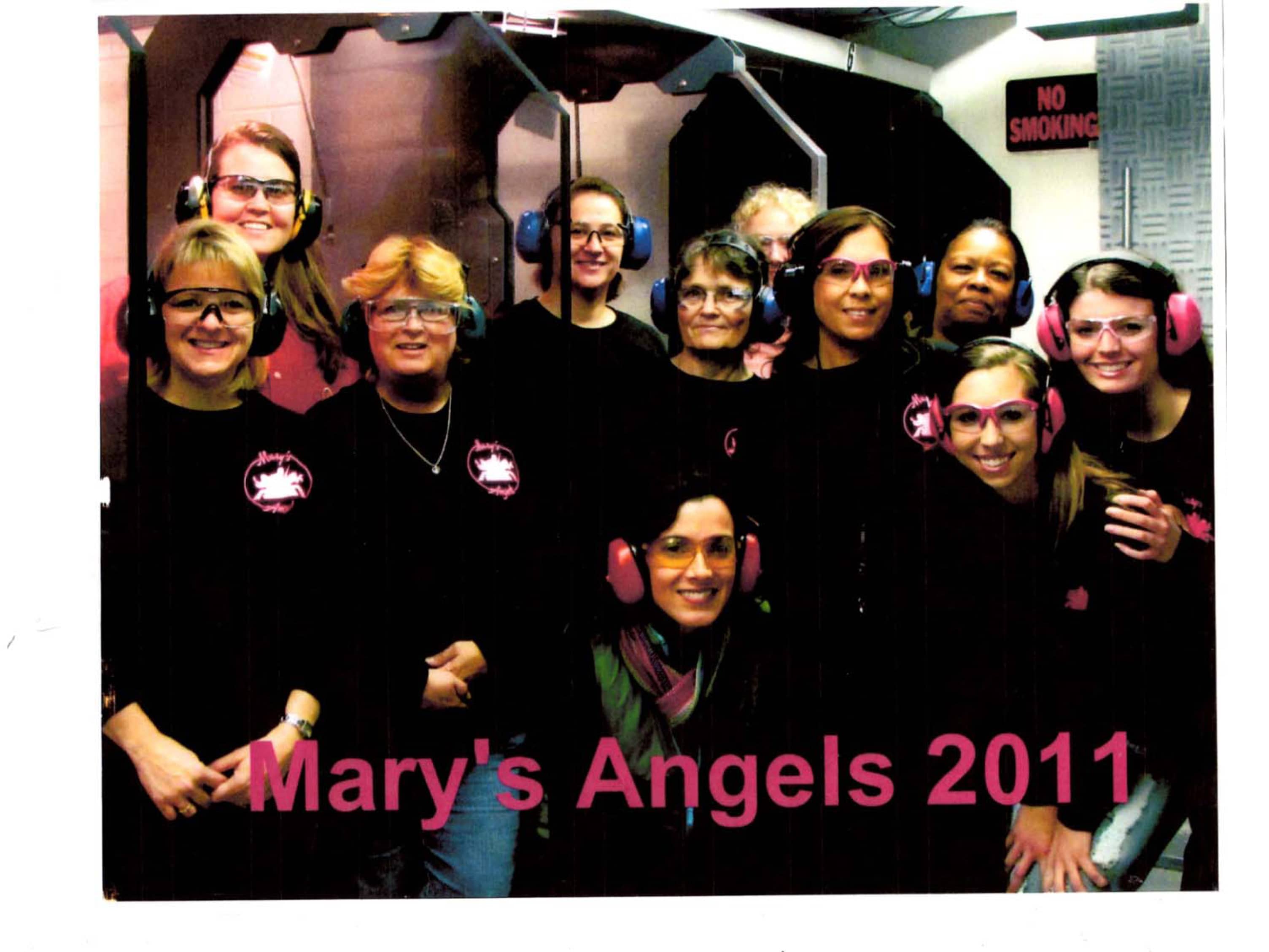 For 22 Years Mary Polkowski has always encouraged women to get involved with their own personal safety and is an activist for all of our gun rights. Mary’s passion in introducing and teaching the shooting sports will get you even more excited about shooting. This club is a shooting club for women only and a gun rights group.

Possibly the only club in the US that doesn’t ask for membership fees or sell products, as all other gun rights groups do.

Women can feel comfortable to learn firearms techniques for marksmanship as well as personal protection in a safe environment. Always so much fun and something new and exciting each session.

This club is for experienced shooters that have their own gun. Come join Mary’s Angels for fun events and socializing after shooting. Food fun and sometimes even prizes and awards!!!