We Use the Best: Campfil Filters

Paraphrased and adapted from the: Tampa Bay Conservation League – Aug 14, 2014

We are in pursuit of 100% lead-free, non-toxic ammunition.
We here at ULTIMATE Protection Firearm Academy are all active shooters and believe, without boundaries, in gun rights with responsibility.

BUT… we cannot overlook the danger and health issues with lead-based ammunition.  Without getting into the endless debates about whether or not it’s really right to leave lead in our hunting areas, we believe the debate really should look at something else as well:  The effect not only on animals, but on humans.  Men, women (especially those of child bearing years), most notably, children; where even small amounts of lead ingestion can have harmful results.  So if you are interested in the shooting sports, especially around kids, it’s worth being considerate about lead exposure.

Countless studies have proven, without any doubt at all, that shooting lead ammunition is, simply, bad for your health.  When you shoot, you get lead dust on yourself and bring it into the house, into your car, into your workplace, and so on.

You can take simple precautions, starting by starting by realizing that you, your clothes and your shoes are covered in fine lead dust when you leave the range.

However, it’s worth understanding where the lead danger actually is in your ammo.

First, we’ll start with the bullet.  Most bullets are made of lead, and upon firing, release lead dust. You can reduce (but not eliminate) lead exposure by using any form of jacketed bullet, but most noticeably with a TMJ (Total Metal Jacket), where the lead core is totally surrounded by a copper jacket.  Jacketing reduces lead exposure, but even with TMJ, it will not be eliminated without lead free primers

However, the bullet is only part of the problem.  The primer (the part that gets hit by the hammer, exploding the gunpowder) also uses lead — in particular, a compound known as lead styphenate.  So, even if you go for a lead-free bullet, you’re still going to get lead ingestion, through the primer (older, so-called “corrosive primer”, used a mercury compound).

Lead-free primer has controversy: There is a general belief that the shelf-life is shorter than normal lead primer, or that it’s not as reliable. All we can say is that we’ve shot with lead-free primer extensively and it’s never posed a problem.  However, I suppose time will tell how well they hold up; but I very much suspect that you’ll find lead-free primers, adequately stored, lasting plenty of time.

One thing you will notice going lead-free:  Man, is it easy to clean your gun.  There’s no lead fouling, which is actually the most difficult thing to get out of a gun.

So, if you want to be 100% lead-free — bullet, primer, the works, we thought we’d give you what we know of the current market for popular ammo.  We’ll try and keep this updated as we get more information.

Lead Bullets still  Dominate the US Ammunition Market Despite Ample Evidence Showing that they pose Real Enviromental and Health risks. Why? January 30, 2017; by Lynne Peeples (from “UNDARK.ORG”)

“The origins of lead ammunition date back thousands of years, to well before guns themselves. The Greeks and Romans shot lead balls from slingshots.  Those same Greeks who made some of the first lead ammunition may have also been the first to recognize the heavy metal as toxic. In 250 BC, Greek philosopher Nikander of Colophon reported on colic and anemia that resulted from lead poisoning. The anecdotal evidence would mount — Benjamin Franklin contributed in the 1700s by noting lead’s “mischievous” effects on workers — and eventually turn to more concrete science in the late 19th century. Still, it took until the latter half of the 20th century before the U.S. government began to heed the warnings with a phase-out of lead from gasoline, plumbing and most paints. Lingering lead in old pipes and peeling paint still poses profound health risks, of course, as demonstrated recently in Flint, Michigan.”

“The CDC has warned that there is no safe level of lead in the blood of children. And, as in animals, the effects of lead on people may range from subtle to severe. Exposure even under the current CDC reference level of 5 micrograms per deciliter, studies say, may leave a developing child a little slower to learn, a little shorter of attention, a little less successful on tests and at work, and a little more likely to engage in criminal activity. (Recent reports suggest the agency is now considering further lowering this threshold to 3.5 micrograms per deciliter.)

Adults are also far from immune to lead and its health effects. Studies hint that chronic blood lead levels as low as 2 micrograms per deciliter may increase the risk of death from a heart attack or stroke. Evidence is also emerging of lead’s role in reproductive disorders, kidney disease, cognitive decline and neurological problems. Lead is damaging, in part, because it mimics the calcium essential in maintaining healthy bones, nerve cells and blood pressure. More than 90 percent of lead in adults is stored in bones, where the metal’s trickery has helped it claim spots generally reserved for calcium. And that squatting lead is prone to leaching out at inopportune times. It can, for example, take the same ride into the womb as the calcium naturally released from a pregnant woman’s bones to nourish her growing fetus.”

“Problem is, things can go — and have gone — wrong, with tragic consequences, as The Seattle Times highlighted in their series, Loaded with Lead. Sometimes range owners disregard certain rules and regulations. Other times, ignorance or simply bad luck is to blame for toxic exposures.”

Some additional articles about Lead Exposure: 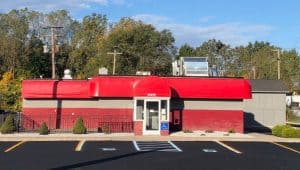 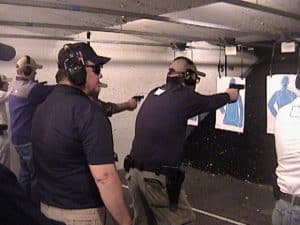