The ULTIMATE Journey: OUR HISTORY

Since 1995, the longest serving Michigan CCW/CPL Instructor Partnership for the past 28 years and the ONLY CCW/CPL INSTRUCTORS IN MICHIGAN WHO HAVE REGULARLY VOLUNTEERED WOMENS, FAMILY, CHILDRENS AND SPECIAL REQUEST SAFETY SEMINARS TO OUR COMMUNITY. With over 800 hours of nation wide course completions/training, educating and certifications, they probably possess the only diverse training credentials of all civilian training at gun ranges in Michigan.

Members of elite and sponsored only Law Enforcement, Military and Firearm Trainers professional organizations including, but not limited to: International Law Enforcement Trainers Association (ILEETA), International Association of Law Enforcement Firearm Instructors (IALEFI), National Association of Field Training Officers (both NAFTO & Mi-NAFTO ( Michigan affiliate), American Legion and the NRA.  It is well known that both Mary and Allen have not only trained under world renowned firearm/defense experts at conferences sponsored by many of these organizations but have been invited and instructed courses they created for these same organizations. No other CCW/CPL instructors, to best of our knowledge, can boast that accomplishment. 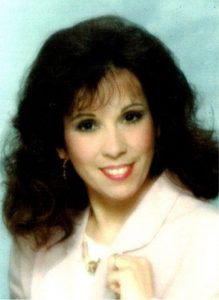 The idea for firearm training started in the early 1990’s as Mary, a recording artist musician and vocalist, searched unsuccessfully for firearm training for personal defense as she began her entertainment booking agent career: with a payroll schedule that included late night payments to bands and D.J.s after the evening “Gig”. A void in female firearm instructors directed her to training with the best nationally acclaimed handgun/firearm/self-defense instructors. Soon the word got out as she became in demand for men and women to obtain their CCW Permit safety class and further their training. Television, print media and radio interviews were frequent as she created Michigan’s first “Ladies Defense and Shooting Club: ‘The ULTIMATE Ladies Club’: United Ladies Training In Marksmanship and Total Empowerment”.  Featured on Detroit’s news Broadcast ‘Channel Four” and national/local print media, with 3 hour sessions held monthly at a local range in 3 distinct sections: 1. Live fire 2. Self-defense ‘Hands-On’ 3. Guest Celebrity Speakers of prominent positions in our society for the benefit of women. Culminating in a discounted luncheon at a nearby diner to socialize with special consideration that some women were victims of violence and had a need to interact with other women to continue their healing process after an intense self-defense session.

Subsequently, her Personal Protection Firearm Academy morphed into the current ULTIMATE Protection Academy; with the advent of her financed, designed and built 3 indoor shooting ranges: and Indoor Range; with her husband Allen.

During the early 2000’s, Mary and Allen produced 7 Cable television shows and public service announcements that won four awards during tough completion for excellence from Community Media Network television.  Both volunteer and at their own expense, these shows expanded the ULTIMATE Ladies Club safety education from just a local monthly free event to a free television audience that covered approximately 300,000 viewer audience. The “Oprah” magazine can only boast 100,000 subscribers! (as of 2000)

After successfully designing, financing and building two other ranges on leased properties, one of these Lead Ranges were open to the general public for 4 years (2009 – 2012; the other was a private training range); they purchased a 4,000 square foot building on 1.2 acres of land where they built the only Lead Free Commercial Range in Michigan and one of only two in the nation. They have, to the best of their knowledge, the most safe, convenient and well light parking spaces/area of all ranges in Macomb county. The result of years of hard work, dedication and continued education? More 5 Star ratings on “Google” than any other Tri-County Detroit Indoor Commercial Gun Ranges, as of April 2019!